I had a GREAT time last weekend, and am still recovering from a lack of sleep.  We bring our sewing machines and sew in the room 'til late at night, and then just cross the street to check out the show whenever we want! 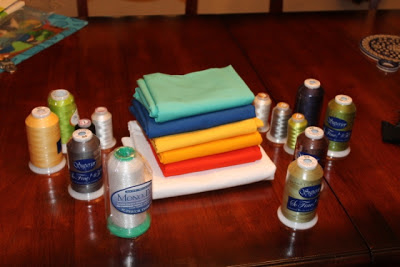 I bought some new thread.  I was directed to the Wonderfil booth to get some thread for my next wholecloth.  The guy was such a good salesman that I ended up buying six cones of  Invisifil and Deco Bob.I also bought more So Fine! 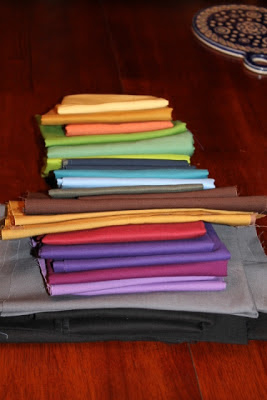 I bought just a bit of fabric.  Other than a jelly roll of Kaffe Fassett, and some black Kona to go along with it, and some white Kona to finish up another UFO...  ugh...  three yards of each, I bought five yards of Kona solids in different colors to go with other Kona solids that I already have.  Christina and I will be sharing the five yards of solids for a Skillbuilder BOM. 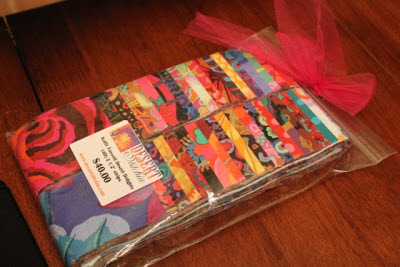 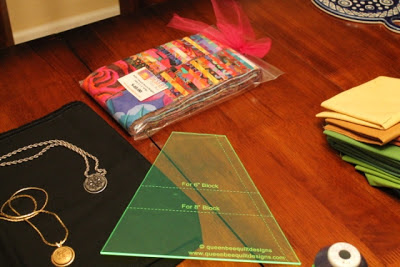 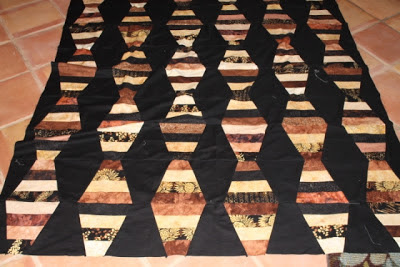 I bought this really cool tumbler ruler at Road.  I thought it would be great for scraps... and I had this jelly roll for years, it was given to me as a gift, but I just couldn't figure out what to do with it, so,... I used them with the tumbler ruler.  Now, to decide how to quilt that one!
Posted by Mary at 6:58 PM

I'm having a case of severe fabric envy here. I think you showed remarkable restraint!!! I like the colours of the tumbler quilt too. If your anything like me, you'll be scratching your head for a llllllloooong time trying to figure out what to quilt. It really can be quite painful trying to figure out the right quilting design, don't you think?

oh me too-fabric envy. I'm drooling over the Kona solids you have there! scrumptious.

Mary
I love quilts, and all the processes from design, piecing, quilting and binding. Well...maybe not the binding.

Promote Your Page Too

Please be respectful and give me credit if you use pictures of my work. I will do the same for you.